Kieran Slevin, MD is the Co-Founder and Medical Director of North American Spine and Pain. Dr. Slevin is board certified in both anesthesiology and pain medicine.

Dr. Slevin is a member of both the Pennsylvania and New Jersey Medical Societies and the American Society of Anesthesiologists. Dr. Slevin is also on the Board of Directors for the Spine Intervention Society and is their appointed delegate to the American Medical Association.

Dr. Slevin has also explored all the major continents and plays rugby. He volunteers with many charitable organizations across the Delaware Valley, and also has a massive sock collection from all parts of the world. 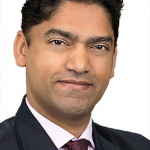 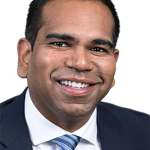